An H-1B worker represented by the attorney-author and his co-counsel was awarded $223,884.27 in unpaid wages, in the decision and order below, by the Office of Administrative Law Judges (OALJ) of the U.S. Department of Labor (DOL).

Our client is a surgeon who formerly worked as an H-1B employee for the Southern Illinois University School of Medicine (SIU School of Medicine), in the job position of Assistant Professor in the Department and Division of General Surgery.

OALJ’s order found that SIU SM underpaid the H-1B worker, and failed to pay her the required actual wage, as compared to wages that SIU SM paid other surgeons in the same department and division who had the same Assistant Professor position.

SIU School of Medicine has refused to pay the unpaid wages, and has appealed the order. The H-1B worker has appealed one issue in the order, and will argue on appeal that she is owed over $200,000 in additional unpaid wages related to “clinical” compensation paid pursuant to compensation terms of SIU School of Medicine and its affiliate SIU Physicians & Surgeons, aka SIU Healthcare. She will present legal arguments that per the employer’s terms and arrangements, the “clinical” compensation was not assured (e.g. sometimes it was not paid or was subject to retroactive deductions, etc.) and it did not fulfill H-1B regulatory criteria necessary for the compensation to count toward required wages.

If you wish to discuss any of these matters, please contact attorney Michael Brown at 920-757-2488 or mbrown@dvglawpartner.com.

The referenced DOL decision is below:

View this document on Scribd

Hello, I am Michael Brown, an attorney who represents employees in employment law matters. I assist employees with matters concerning Unpaid Wages, Fraud, Discrimination/Harassment, Unemployment, Wrongful Discharge/Whistleblowing, Contracts, Pre-Litigation Counseling, and Litigation (Federal and State Courts, ERD, EEOC, other forums). I have represented hundreds of employees with diverse jobs, backgrounds, and nationalities. My clients have included entry-level workers, and professionals and executives from large organizations. View all posts by employeerightswisconsin 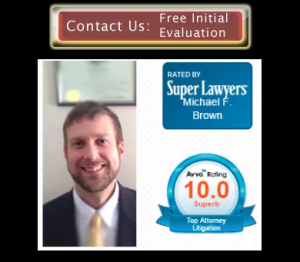 Click above to see examples of our cases in litigation.

The information you obtain at this site is not legal advice. To get legal advice, please consult with an attorney about your specific situation. If you contact and provide information to DVG Law Partner or its legal counsel, that contact does not itself create an attorney/client relationship. We are happy to respond to inquiries.